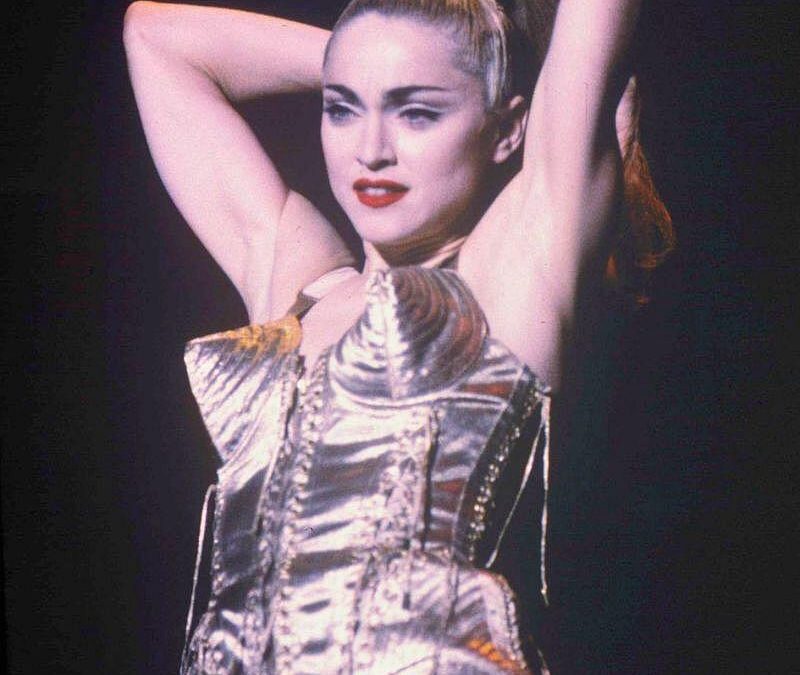 Ode to the bra, or early lessons on becoming a woman…


My childhood friend, Gail, is six months younger than me. As adults, that age differential is totally meaningless, but as “pre-teens”, it apparently meant a lot. She reminds me that when my mother took me to the local department store to buy me a “training” bra, she followed suit.  “I had to get a bra because you had one”. We both bought Peter Pan “AA”s, ironically from a company named after a boy who never wants to grow up, played in film and play versions by petite adult women.

Underneath the story of the bra (literally) is the story of the breast, that contested body part – shall we say, the ONLY body part – on women that is multiply-functioned to feed, and to receive and give sexual pleasure; a body part which is also the site of deadly disease for growing numbers of women.
Purchasing a first bra is a rite of passage into womanhood, sort of like a secular Bat Mitzvah for young girls*. And how apt that this first bra is called a “training” bar, signifying a broader issue of how girls are “in training” to be women.

While many women – particularly those with larger breasts – may need or want a bra for comfort, the reality is that bras are not anatomically necessary to support breasts. In fact, the history of “the bra” suggests that they are literally shaped by cultural norms, which are historically situated, including the economic climate, the role of technology and available materials within a particular time period. My own drawer of bras – and yes, because I’m terrible at throwing things out, I have kept bras for at least a decade – is a veritable history of the changing notion of women’s beauty, as seen through the lens of the shaping of the breast. I might even go so far as to say that the bra is an element of physical and even social control that tells one chapter of the gendered history of women.

Short history of the bra
There is evidence that Greek and Roman women athletes in the 14th century wore simple bands of cloth covering their breasts while playing sports.
And apparently, medieval bras were called “breast bags”, which had distinct cut cups, in contrast to antique Greek or Roman breast bands. In the 16th century, women in France wore corsets which flattened the breast and pushed it up and nearly out of women’s dresses. The containing and shaping of women’s bodies continued well into the 19th century, as women were corseted from breast to hip. In the Victorian era, women’s waists were tight-laced in order to emphasize the breasts and hips.
An American named Mary Phelps-Jacob is credited with inventing “the modern bra” in 1914. It was made out of silk handkerchiefs and ribbons, and she patented her design under the name of Caresse Crosby. Phelps-Jacob came from a well-to-do family, and she decided to create a bra that was more comfortable for dancing (presumably at fancy balls!).

She worked with her French maid, creating a design by tying two silk handkerchiefs together, sewing on baby ribbons as straps and a seam in the center front of the item. She later wrote: “I can’t say the brassiere will ever take as great a place in history as the steamboat, but I did invent it.”

By 1932, the bra company, Warner, introduced the notion of “cup sizes” correlated with letters – A, B, C and D – and added adjustable bands and eye hooks. This is the first time that breasts were no longer treated as one object; rather, they were viewed as two body parts to be enclosed separately.  Bras now used latex – as chemists had figured out how to transform rubber into textile fabric that could be woven and was washable.

During World War II, material shortages affected the design of the bra. Some were made out of minimal fabric, called “utility bras”, and they were comprised of cotton-backed satin or “drill”, often in a peachy pink color. Women also sewed their own bras from patterns or magazine instructions, using parachute silk or nylon or old satin wedding dresses.

Some women began wearing “torpedo” bras, which claimed to protect women in war factory jobs. In the 1950s, after the war, women were wearing pointy bras, called the sweater or bullet bra, which drew upon war imagery. The 60s brought the push-up bra.

In 1968, a small group of feminists staged a dramatic demonstration at the Miss America Pageant in Atlanta, to protest the oppression of women. They picketed the event with signs saying, “Let’s Judge Ourselves as People.” And they also dumped symbols of female oppression – girdles, cosmetics, high-heeled shoes, and bras – into a “freedom trash can”.

It’s unclear as to whether there was any real fire at this event, much less women baring their breasts publicly. But the image of bras going into a trash can was captured in a photo, and journalists tagged these women as “bra-burning feminists”, a phrase that was meant to brand them as crazy radicals, but only contributed to the overall protest movement, which catalyzed women for action.

In 1977, the first “sports bra” was created, made out of stretchy rubberized material that held in women’s breasts for comfort so they could do more active sports. That same year, Victoria’s Secret opened its first store, accentuating women’s breasts as objects of sexuality aimed at the male gaze. These two bra types reflected the complex notion of women’s roles in society. In the 1990s, if it wasn’t clear what the bra was intended to do, this “Hello Boys” ad came out for Wonder Bra!

While I know many women who would like to NOT wear a bra, these images are very compelling. Our choice to wear a bra – and particularly our choice about which bra style to wear – is consciously and unconsciously impacted by notions of the so-called ideal body shape, including the socially constructed notion of what it means to be “attractive” or “desirable”, and these notions have changed over time.

So how about today?
In the 2000s, technology has allowed the creation of the “bioform” bra – which provides a consistent shape of the breast that doesn’t rely on what’s underneath it. Pauline Weston Thomas says that this bra “uplifts and contours the breasts so well that it immediately takes ten years off a sideways sagging bust.  If you are past 40 with a full cup size you may realize that you have not seen your breasts in this position for twenty years, as it centers and uplifts the breasts.”

This new bra – made possible by synthetic materials and technology-driven design – promises to literally freeze, or even turn back, time! As we age, women’s breasts change in shape and form. They may sag, but the Bioform bra maintains a youthful veneer, or what we perceive as the young breast. The bra defines the shape of the breast, including the tilt and the amount of cleavage (think, push up bras). This bra claims to literally shave years off our age, without any invasive surgery. It’s tantamount to an anti-aging tool, and considered safe. We’re not injecting any foreign substance into our bodies when we wear this type of bra, so ostensibly, it’s not harmful. But is it necessary?

Research on bras…
Based on a study conducted by French researcher, Professor Jean-Denis Rouillon from the University of Besançon in eastern France, “bras are a false necessity”. Rouillon argues that “medically, physiologically, anatomically – breasts gain no benefit from being denied gravity.” On the contrary, he says, “they get saggier with a bra”. Rouillon spent many years measuring changes in the orientation of breasts on hundreds of women, ages 18-35, and found that women who did not wear bras had less sag. “There was no dis-improvement in the orientation of their breasts, and in fact, there was widespread improvement”. A 28-year-old woman who participated in his study and stopped wearing a bra for 2 years says, “There are multiple benefits: I breathe more easily, I carry myself better, and I have less back pain”.

So is there anything wrong with wearing a bra?  NO, of course not. And if women need a bra for comfort, want a bra because they’re modest, or want to attract men or other women with their breasts – however they want to accentuate them through the use of the bra – it’s all good!  Who am I to judge? Nonetheless, some women find “the bra” constricting and would welcome more comfort.

Here’s a great piece about a woman who experiments with not wearing a bra for a week, and discovers that she initially feels naked, discovers her breasts are lop-sided, learns that it’s not as painful as she thought it would be and eventually realizes it’s more comfortable without. She also goes out clubbing and realizes that no one notices!

And here’s another great video with a few women who try it for one week!

* A Bat Mitzvah is a coming-of-age ritual for Jewish girls signifying that they are now full-fledged members of the Jewish community with associated responsibilities.