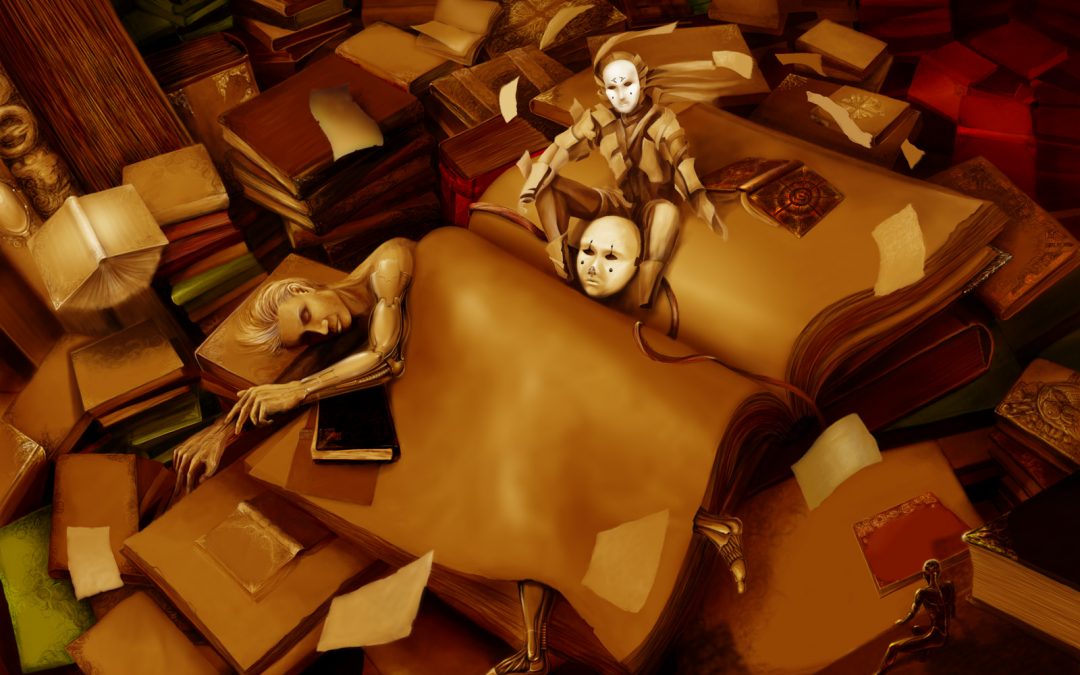 The men in my family were easy sleepers. It wasn’t uncommon to see my father and his six brothers lie down on the floor after a big meal and just nod out. Of course, that left my aunts to clean up, after they had also cooked the meal, and I bet they could have used a nap too. At the time, I figured that taking a post-meal snooze was the “way things were” for the men in the family. But gradually, as I developed a feminist consciousness, I resented these lazy guys. As my age gradually crept up to where theirs were back then, I have begun to appreciate their supreme capacity to sleep just about anywhere, anytime. My father was also one of those people who could nod out for five minutes – taking a so-called “power nap” – only to emerge refreshed and able to fully re-enter the conversation when he awoke.

Later, when he was in his 90s, he began to experience serious insomnia, lying awake for hours and hours throughout the night, going crazy with boredom and frustration. While I sympathized with his dilemma at the time, it wasn’t until I experienced my own sustained insomnia – after a back injury – that I understood how horrible it is to not be able to sleep night after night. I discovered that sleep deprivation steals one’s energy, one’s optimism, and sometimes even one’s sanity. With increasing lack of sleep, the exhaustion compounds and the world becomes slightly, if not majorly, off-kilter. Insomnia is a lot of things, which includes having a hard time getting to sleep, as well as waking up early and having a difficult time getting back to sleep. Not surprisingly, it isn’t a contemporary phenomenon. No, we in the so-called modern world didn’t invent it. Insomnia goes way, way back. The term “insomnia” first appeared in 1623, and means “want of sleep”. One of the biggest causes of insomnia, stress, is something that people have been struggling with for eons. It’s just the nature of stress that looks slightly different these days, compared to a few centuries ago. But if you think about it, there are a lot of similarities. A lot of famous people are recorded as having suffered from insomnia. Sir Isaac Newton suffered from depression and had difficulty sleeping. Winston Churchill had two beds because if he couldn’t sleep in one, he would try the other. Thomas Edison, like my father, was a cat-napper, because he couldn’t sleep at night. Some insomniacs turned to drugs. Marcel Proust and Marilyn Monroe took barbiturates to help them sleep. English writer, Evelyn Waugh, took bromides to induce sleep. As we know, Michael Jackson died because of a lethal cocktail of medications to help him sleep, including propofal, used for sedation before surgeries, lorazepam, used for anxiety, and a host of other meds, including midazolam, diazepam, lidocaine and ephedrine. He was obviously so desperate to sleep that he was willing to try them all. Author and columnist Arianna Huffington calls insomnia a “feminist issue”, and has written columns in Huffington Post lamenting her lack of sleep from jet lag. Another Huff Post columnist, Dora Levy Mossanen, calls insomnia a “smart, devious virus that mutates and changes form every season like the flu virus. Except that this tricky bugger is tuned to our circadian rhythm and is able to change and disguise itself at whim to confuse the heck out of us”. Mossanen does all the “right things”: She doesn’t drink caffeine, goes to bed at a decent hour, drinks hot milk before bedtime, takes warm baths, reads non-stimulating books, listens to guided meditation on her i-pod, and imagines serene seashores. And yet she says, “I toss and turn at the beginning of the night, counting backwards and forwards so many times that if my mind was prone to mathematics, I’d have solved all the mathematical problems of the world by now”.

For the most part, my insomnia has cleared, but every so often it rears its ugly head. While in the midst of a minor insomniac “relapse”, I asked my friends and colleagues for their insomnia narratives. I wanted to know how long their insomnia lasted, why they thought they were struggling with sleep; what they did when they were awake; how it affected them the next day. I learned that the main causes of insomnia are:

* Anxiety, the everyday kind like preparing to teach a class, and larger anxieties, like worrying about keeping a job;
* Depression, which impedes relaxation necessary to fall and stay asleep;
* Medications, because some meds like decongestants and pain meds keep us awake. Antihistamines might initially make us groggy, but they can cause excess urination which gets us up a lot during the night;
* Alcohol, which may make you more relaxed, but prevents deeper stages of sleep and can cause you to wake up in the middle of the night;
* Chronic pain, which is distracting and worrisome and can lead to anxiety, which prevents sleep;
* Medical conditions, like arthritis, cancer, heart disease and Parkinson’s disease, which are linked with insomnia;
* Poor sleep habits, like weird sleep schedules, or an uncomfortable sleep environment;
* “Learned insomnia” – which is worrying too much about not being able to sleep, which makes it hard to get to sleep; and
* Eating too much before sleeping or eating the wrong snack, which can give you heartburn and make it uncomfortable to fall sleep.

In response to my call for insomnia stories, only women replied. I know that isn’t because men don’t experience insomnia; but perhaps men don’t want to reveal their sleeping problems publicly, even though I promised confidentiality. (It’s not too late, for my male readers!)

One woman said, “You do realize you’ve opened the floodgates, yes? Amazing topic. Of course, I’m too sleep-deprived and deep into end-of-semester madness to respond right now! Maybe during my next bout of insomnia (perhaps tonite). ;-)”

Here are a few responses from other insomniacs:

One woman says, “Funny you should ask, as I am suffering from insomnia just now, maybe a week long bout this time, but by far not the longest ever. I wake up about 4am and cannot fall back asleep if my life depended on it. Not sure why I have such a hard time staying asleep, maybe it’s hormonal (menopause) or maybe it’s all the craziness at the office (new department chair, no office support as the old secretary retired, research lagging, …). Often I am not the only one awake, as my spouse is also a stressed-out insomniac. I typically try to fall back asleep, but if it doesn’t happen, I get up and read in the living room until I feel exhausted from being up at 4 am. What sometimes works is counting backwards from 100 in another language. Needless to say, the next day I feel a bit out of it, but nothing like the “zombieness” I did when my child used to wake me up. I am not desperate yet, but may try to find my melatonin from the previous bout to get me back on track. Sometimes it works, sometimes it doesn’t”.

Another woman says, “My insomnia stories are boring. I get up and clean the house, read, catch up and/or get ahead on my work. That makes me feel like I am not wasting my time trying to fall asleep. Usually that day I am racing, energetic and feel good about all I have accomplished. By that night I am crashing and I pay the next day in bodily aches/pain. Not very exciting…”

Another says, “I have had quite a few episodes of insomnia. There were times when I would go days or even a week without adequate sleep. I would either fall asleep and then wake up in the middle of the night and not be able to go back to bed, or I would just simply stare at the ceiling until I finally fell asleep, only to wake up about every half an hour for the rest of the night. Either way, insomnia sucks! I eventually couldn’t take it any longer and sought medical help. Come to find out, I have general anxiety disorder and that was greatly affecting my sleep. Even now – I am on medication- I still have bouts of insomnia when I am highly stressed. My mind is constantly going, so when something important is coming up I find myself having trouble sleeping. In the middle of the night I have tried a number of things: read a book, go to the gym (thank you, 24 hour fitness), eat, watch TV, and try and go back to sleep. As a student, during the day I am pretty much reading, writing, researching, or preparing for a class I TA for.

“After a night of insomnia, I usually feel terrible the next day. Even if I am tired, I don’t try and nap because if I do, the likelihood of getting a good night’s sleep decreases. If I go a few days or even a week without sleep, my brain has pretty much checked out. I go through the motions but I don’t feel like I am really all there. Hopefully that makes sense. Insights? I would say that everyone is different and should try different things to help them sleep. I hate taking medicine, even when I am sick, so seeing a doctor was the last thing on my list. I tried doing yoga, eating better, not watching TV or reading at night…but nothing helped me. Being put on medication was a great relief because I sleep really well, for the most part”.

And finally, one of my neighbors says, “Sometimes I look out the window to see who else might be up in the neighborhood. I am tempted to text them or call and get together, maybe we should start an insomniac club”.

That sounds tempting… I suppose that one strategy I’m employing is writing this post. Maybe “outing myself” as an insomniac will help diffuse the potency of this insidious problem. If I were to characterize my current “brand” of insomnia, it’s “learned insomnia”, meaning that I begin to fall asleep and then just as I’m fading into a hazy fog, my brain says “you’re falling asleep”, at which point I’m awake! Luckily, the problem has lessened since I first put out the call for insomnia stories. May it fade away!

Tell me your insomnia story! What has helped you overcome your sleeplessness?